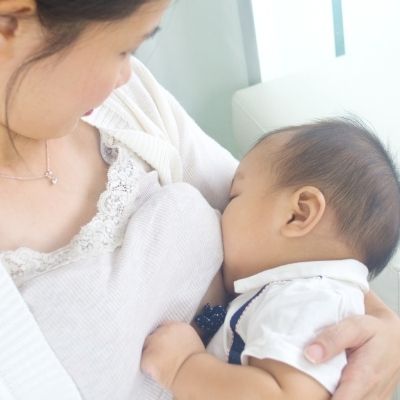 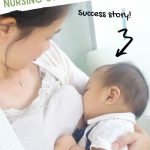 Today I’m featuring Alare’s story and the challenges she faced as she became a new nursing mamma. From an emergency c-section to becoming a supplemental nursing system (SNS) success story during early breastfeeding, she went through it. What I want you to take away from this story is that pregnancy and motherhood are different for every new mom, and we’re all facing challenges, but you can and will get through them.

I have yet to meet a mom who said, “yep, that pregnancy and learning to breastfeed was a total breeze.” We all pay our dues, just in different ways.

But, it’s so worth it. Feel free to leave us a comment if you have any other questions after reading Alare’s story. I put in some notes along the way so that you have my reactions to her experience.

As someone with chronic hypertension, I was told I was at risk for preeclampsia and we needed to monitor the baby and me the last few weeks of pregnancy. I was actually taken off my blood pressure medication when I got pregnant because being pregnant lowered my blood pressure.

{Carly’s note: It’s totally normal to have conditions either exacerbated or go away totally during pregnancy. They may revert back when you’re no longer pregnant, or be gone for good. Every woman’s body is different.}

I didn’t struggle with blood pressure during my first two trimesters, which was actually surprising that my blood pressure was more in a “normal” range during pregnancy and without medication.  With my BP meds, I usually run 130s/90s but during most of my pregnancy until the last few weeks of my third trimester, my pressure was 120s/80s.

When I entered my third trimester, I ended up going to the ER a few times due to high blood pressure. My urine analyses always came back negative for preeclampsia. We made a plan to induce me at 37 weeks (due to the visits to the ER and the gestational diabetes that I was diagnosed with early second trimester). We also decided I should go back on blood pressure medication.

After 60+ hours of labor, I developed a fever. My OB did a urine analysis the night before and said I developed preeclampsia and as a result, I needed to go in for an emergency cesarean. For the next 30 minutes, my husband and I were so afraid. Afraid for our baby, afraid for me, just overall afraid. They prepped us quickly and off we went.

Fast forward to recovery – and it was rough! I wasn’t expecting the limited mobility. This also put me off to a rough start breastfeeding. My son wouldn’t latch on most of the time or would be sleeping when it was time to nurse. It was important that I nurse every two hours because I had gestational diabetes, and we needed to regulate my son’s blood glucose levels. I even got in trouble when I let my son go three hours between a nursing session.

The hospital lactation consultant (LC) was not helpful. She made time to see me after I was discharged, but just kept saying “keep doing what you’re doing.”

Getting help early with breastfeeding is critical for success

{Carly’s note: if your first LC isn’t helpful, ask for another one. Check to see if there is one on staff at your pediatrician, or look for a local org. I personally saw or spoke with four different consultants with a wide range of helpfulness. Don’t settle for less help than you deserve.}

If you’re an expecting mom or a new mom who wants to learn more about breastfeeding, check out the breastfeeding quick start course for free by dropping your email below. You’ll learn everything you need to get off to a fast start breastfeeding, including how to set up your list of “help” including a great lactation consultant (LC).

My son was on a supplemental nursing system. A supplemental nursing system is used to “teach” a baby who won’t breastfeed, but needs immediate nutrition. I’d describe it as a very skinny tube that attaches to a syringe with a little “bubble” at the end of the syringe. You can press to control the flow of the liquid that is being used through the syringe. There was also a clamp that would stop the liquids any time you needed.

For my husband and I, it was a two-person job.  I would be holding our newborn and my husband would place the skinny tube next to my nipple.  I would then latch my son and he would essentially be taking in what he could from my breast and then from the syringe with breastmilk. We also used formula for the first few days while my supply was coming in.  (If you want more information about how a supplemental nursing system works, click here).

For us, the SNS was so frustrating.  The tube was so skinny and flimsy, it would just slide out of place. We would use medical tape and it still wouldn’t stick well. My husband would also wear a hat to clip the syringe on to raise it higher than our son so that we could get a good flow going for him.  Otherwise, the flow would slow down and our son would get frustrated.  After feeding, we needed to wash the SNS supplies.

What life looks like while using a supplemental nursing system SNS

Since we were instructed to feed every two hours, we really didn’t get much sleep.  After washing the SNS supplies and getting our son back to sleep, we slept maybe 20 minutes in between feedings at night.  Being sleep-deprived, having to deal with flimsy skinny tubes, and trying to be more efficient with breastfeeding was exhausting.

Maybe there are different ways to make SNS easier, but we were not given any tips and tricks, therefore, I had an awful experience with the SNS system for the first two weeks. My husband took time off from work to help with each feeding, every two hours.

We were finally able to get him off of the SNS, and I solely breastfed. We still had a rough time for the first 4-6 weeks. There were many times I wanted to quit. It hurt, he wouldn’t latch all the way, he took a long time, etc. there were many tears and thoughts of being a failure, but I stuck with it.

{Carly’s note: The reason I still deem Alare as a “supplemental nursing system success story” is that she powered through, and was able to get her baby the nutrition he needed while eventually transitioning to breastfeeding only. She was a champ!}

During my son’s first or second appointment with his doctor, we were told he had a tongue tie. When I asked the hospital LC about it, she said she didn’t think it was information that mattered if we knew or not because my son “had a strong suck”.

{Carly’s note: This makes me so mad for you! I didn’t get my second daughter’s released until eight months when we realized she couldn’t swallow solids. She was checked at birth but no one told us she had a tongue tie, and apparently, this is super common. If you’re having feeding issues, ask your LC or a pediatric dentist to evaluate your baby for a tongue tie.}

The private LC we visited told us that tongue ties could not only affect eating, but speech as well. We had no idea about this and we were so upset when the hospital lactation consultant decided it wasn’t important for us to know. We didn’t even know what tongue ties were.

My body eventually adapted to my son’s nursing habits. He always seemed content, and was gaining plenty of weight. I finally reached out to a private lactation consultant about his tongue tie when my son was about 4 months old, and she referred us to someone to get it released (turns out he also had a lip tie too).

I’ve actually had a couple of people tell me that once my son gets his first tooth and clamps down, I’ll rethink breastfeeding. Or once he starts solids, he won’t be interested in nursing anymore.  But honestly, I get so sad thinking that the day our breastfeeding journey will end. My goal is at least 12 months. If my son decides before then that he’s done with our journey, then that’s okay.

I was able to take 12 weeks off for maternity leave. When my son was three months old, we put him in daycare.  Since day one of daycare, I pick him up and take him home and the first thing I do is nurse. He’ll take naps on me most days and other days I’ll put him down in his crib for his nap.

Sometimes we have appointments or errands after work, and he lets me know that he is not happy that we’re not going home immediately. It is definitely something I look forward to after a long workday.

For a new mom who is struggling, definitely reach out and work with a private lactation consultant in the home. They really take the time to get to know you and your baby.

Alare – thank you so much for sharing your story. It’s an amazing story of perseverance. I’m so glad you and your baby were able to develop such a strong bond. You overcame some pretty big challenges to become a supplemental nursing system success story. And, you’ve continued breastfeeding well into your baby’s first year.

Great advice in here for all the new or expecting mammas out there reading. Let us know in the comments if you have any questions!

If you’re looking for more help as an early breastfeeding mom, or someone who wants to breastfeed, check out the Breastfeeding Breakthrough Ebook. It will help you understand everything you need to know to get off to a fast start breastfeeding. There isn’t a section on supplemental nursing systems in the book, but you’ll learn a ton of other information that will help you with supply, demand, and troubleshooting.

The Milkology Ultimate Breastfeeding Class is an amazing resource guaranteed to have you breastfeeding and pumping like a boss in only 90 minutes. The great news is that you have continued access, so you can reference the videos again after baby arrives!

Pumping while traveling and being away from your baby isn’t always the easiest. Checkout these tips and tricks to make getting there and back with all that milk a little easier and less stressful! 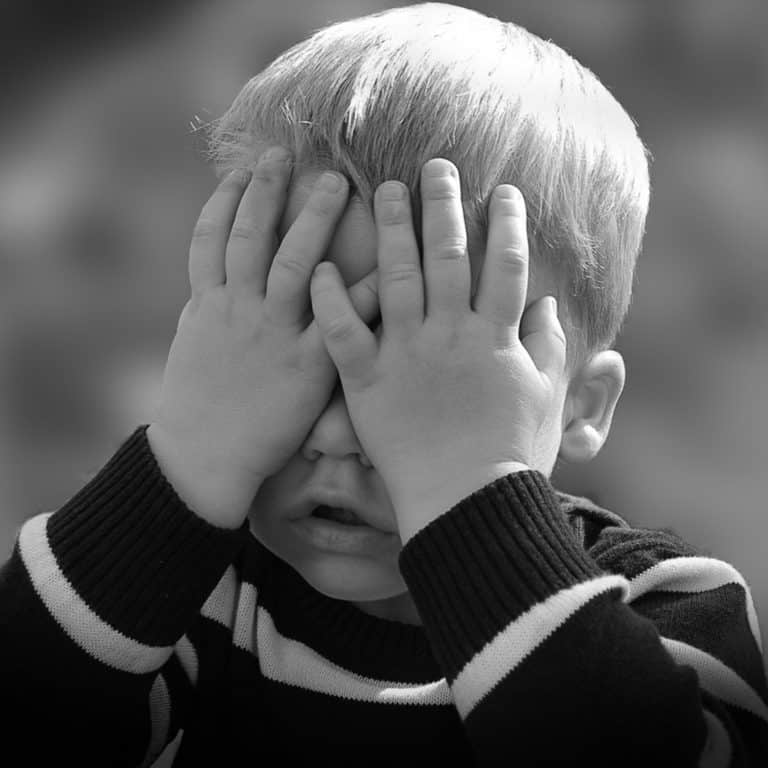 How to wean a toddler who has been breastfeeding for 18+ months. Tips for a trauma free experience for both mamma and baby. 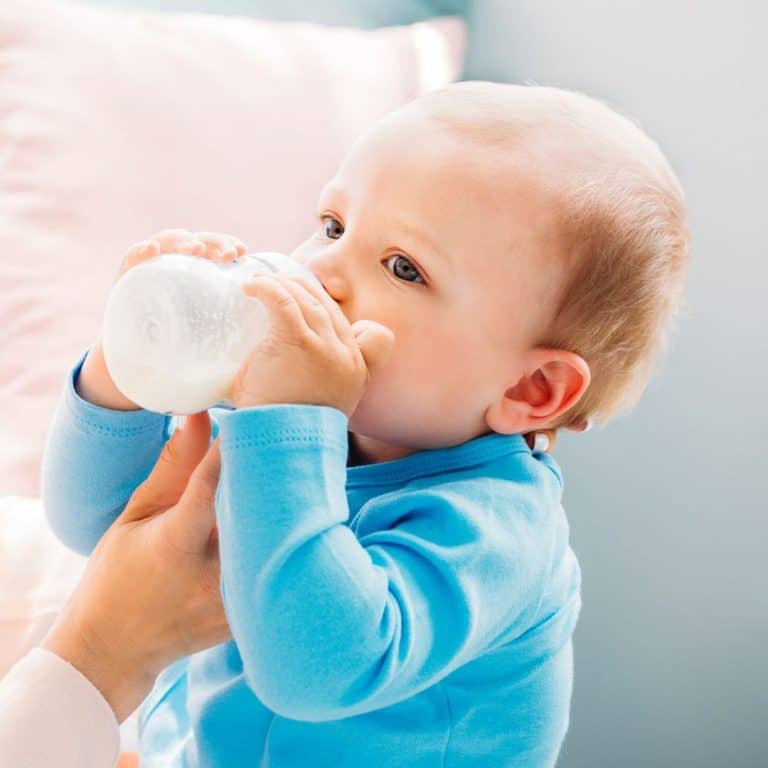 As a new nursing mom I hadn’t really given much thought to bottle feeding. I was 100% consumed with figuring out how to breastfeed correctly. As I continued into those early painful weeks, I knew I wanted to figure out how to give my baby a bottle. Around the two week mark we pulled out…

As new moms, we all know how impossible it can feel to juggle all the things. From pumping, to sleep training and schedules, and re-entering the workforce, some days you feel like you’ll never get it all done. Have you ever wished for help figuring it out? Me too, which is why I created the…

How to tell if you have a plugged duct or mastitis, & what to do about each issue. How to get rid of a common new-mom problem that makes nursing painful!